I’m three weeks in to a six-month novel writing course with Urban Retreat. So far, I’m super happy with the program, the rigor and the helpful advice of the editors that designed the course. This first month is an intense planning boot camp, so I’ve been creating well-rounded main characters who now have their own Pinterest boards, personality tests and playlists. I know their daily routines, their likes and dislikes, and even their deepest secrets. While all of this work will not appear in the final novel, it feels good to have created characters that need no help in behaving in complex manners.

This past week, I researched my novel’s setting, Nuevo York. This is an alternate version of New York where the health of every person is tracked with the World Health App. Still, Nuevo York shares it’s roots with current New York City, so I pulled the maps up and started making hard decisions about where things will actually take place. I settled into locations and details for each of the main settings of the novel, and they are now richer and fuller than I could have ever imagined.

One great find was the old arsenal in the southern part of Central Park. A building that is rebuilt to become the National Institute of Mental Health Hospital, NIMHH, which is a main setting of the novel. To give you a sneak-peak, I will share a few pictures and a journal of my main character, Dorothy, arriving there to work as a nurse.

Every morning, the wavy outside of NIMH Hospital greats me. A concrete ocean two blocks long with fourteen stories of rippling windowpane. The architect that designed the structure said he wanted to make a lifeboat amidst the waves of trouble in all of our lives. The effect when gazing up at it’s undulating surfaces—visual vertigo.

I use the south entrance mostly because I’m partial to the sea glass mural that dangles from the lobby in the entrance. Passing through tinted automatic doors, metal detector, retina scan, fingerprint verification, I’m finally released minnow in a sea of green. Reverse algae in shades of aqua twist above taking in sunlight. I always pause, look up, remember that I am the cold drink of water my patients need and try to absorb some of the colors to take with me up thirteen flights of stairs.

This week its the regimented march of plot, plot plot. I’m learning new tricks on how to create a story arch and how to build a longer plot than my usual short stories contain. I’m thinking about subplots and also the big questions that need to be answered. I’m experimenting with telling a pivotal scene from various points of view. By the end of the week, I should have some monstrous sort of an outline, but also a clear plan for how I will use point of view to tell this story with as much grace and sophistication as I can possibly give it. Thanks to everyone for encouraging me and guiding me along the way. I welcome any advice as I try to tackle completing a draft of my novel by the end of August.

In case you didn’t catch my first journal, I found my novel, Fascination, ten years ago while reading Walter Freeman’s biography, The Lobotomist . Freeman pioneered lobotomies in the United States in an attempt to rid the world of mental illness. The biographer shares the intimate fact that Freeman would often hum the song Fascination by Jane Morgan while performing his ice-pick lobotomies, hospital-to-hospital and then privately from state-to-state. It’s estimated that around 50,000 people in the United States received this crude procedure, although the stories of their suffering, deaths, and disablement still remains mostly untold. My novel hopes to not only shine a spotlight on this hidden holocaust but also to tell a story of new hope. 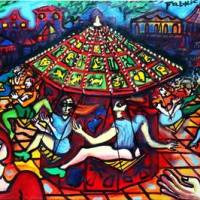 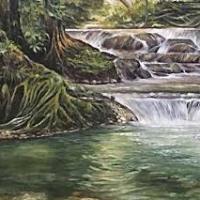