I thought it might be nice to share a story or part of a story every Sunday, here on my blog. I wrote this adventure last year for a photo contest, but my children enjoyed the characters so much that I’ve continued to write in this storyline. I welcome all feedback and would love to know your thoughts on my humble storytelling of the Tales of Lupine.

Turnip lowered himself into the icy water with pride. He descended from a long line of royal servitude, a turtle’s birthright, and he bore the golden bridle ropes of slavery with the stoic dignity of his forefathers.

His young master swirled her fingers through the pattern of rings on his back. “My wisdom rings,” he told the young fairy-child, her hair a floating floral bouquet, and the ceremonial red cape of change rising from her back like a superhero.

“They tingle,” she told Turnip in between giggles, grabbing his reins.  He had been assigned to Lupine at birth and spent those early days carrying water to bathe her. Excavating shells and coral pieces to be her playthings on the shore.

It seemed as if only yesterday he was teaching her to spread her arms in the water and take her first strokes. Yet, here he was, wading into the biggest day of her life, prepared to ferry her straight to her destiny.

Every fairy child ceased to grow beyond the age of ten without entering the cave of Moai to see the reflection of their destiny in the waters. Braving uncertainty to discover the true purpose of their lives.

Turnip would be her only companion into the cave, whether they made it back out or not.

“Take me to the cave of Moai, Turnip,”  Lupine tugged gently on the reins and stood high on her knees to wave goodbye to her family and friends.

She left behind her childhood with each wave, as Turnip made a slow processional pass before diving out of sight.

The surface of the sea was an ever-changing checkerboard of adventure. Lupine loved to skim shore bugs from the waves and feed them to gulls along the way. Turnip just loved blending into the green of sea and sky and feeling the weight of each wave as it passed.

The cave was impossible to miss, marked by a Moai at its entrance, his beard formed from veins of seafoam. A living ancestor in stone, the Moai connected with the earth above in thick green vines that encircled the cave’s entrance.

The pair could now just make out the tip of a nose on the side of rock ahead.  “Onwards, Turnip.” Lupine was rarely lazy, but also rarely in a hurry. Her stern command was truly a sign of anxiousness. After all, she had waited her whole life to enter here and discover what her dreams would foretell.

Turnip pushed both fins in full-forward motion making an effort to fulfill his master’s destiny in as few strokes as possible. Lupine joined in the swim by extending her arms over the shell to add in the pull. It was only after the tense tug of the golden bridle that Turnip realized Lupine was trying to tell him something.

Out of breath, she pointed two hundred yards past the entrance to the cave, where an orange blob bobbed on the surface of the sea, visible and invisible with each passing wave.

“Turnip, make haste.”  Lupine twisted around on Turnip’s shell, pressing her back into the circles of growth and reaching her arms outwards from the shell to backstroke into the water.

Turnip took the lead and began to stroke upstream towards the foreign blob, unsure whether to advise his mistress to ignore the stranger. The bridle in his mouth reminded him of his role, and so he stroked onwards. 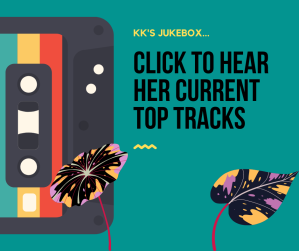